You are here:
Fitness Club Gold 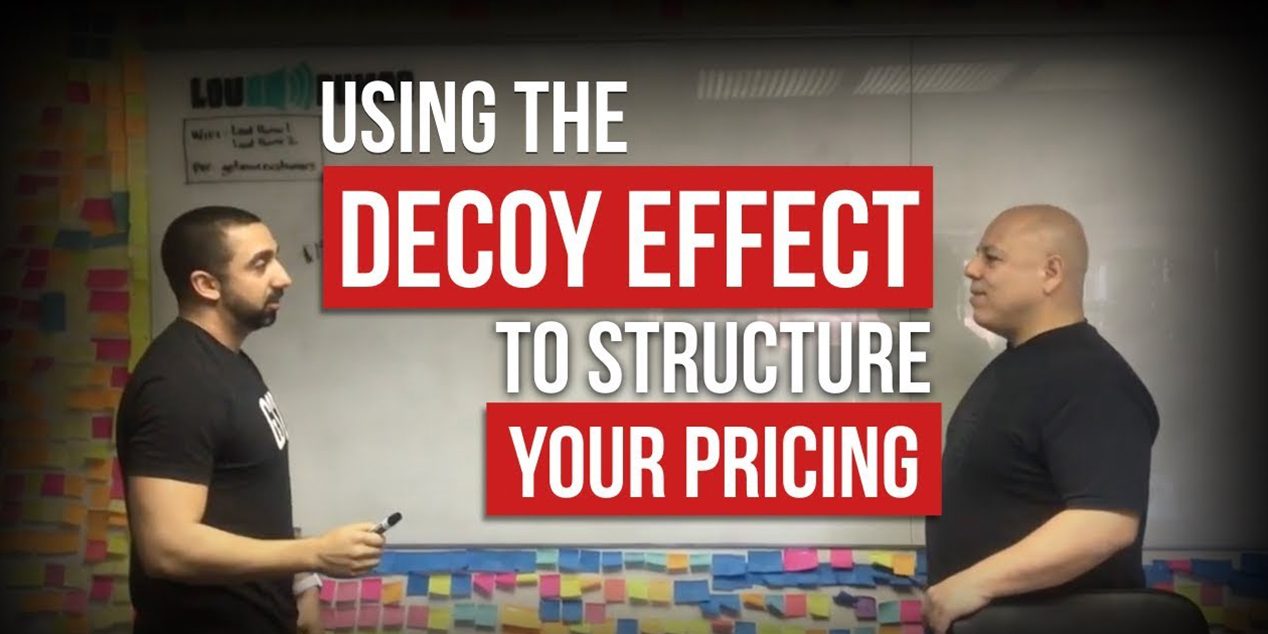 Nowadays most businesses have a variety of products or packages to give the customer a feeling of choice and, typically, the options available become better value as the price point increases. Within a health club environment access to the gym or classes may be £45 per month but access to both £60. A ‘swim only membership’ may be £25 per month but can be added to the gym and classes for only an extra £10 per month. These options are designed to give the customer choice (Another day we will discuss why having so many options is a far from optimal but let’s leave that for now). Personal Trainers or Strength Coaches may offer a session for £50 but five sessions for £200 and ten for £350. They might offer packages of four per month for a monthly subscription of £120 or eight a week for £200, the options are endless.

Is there a value in creating a product that nobody will want, at a price that you know no body will buy? You may be surprised to hear, absolutely there is – Welcome to the Price Decoy Principle.

In the not-too-distant future we will deliver a short workshop explaining the psychology behind this phenomenon to help you understand why the mind acts the way it does and how we are ‘hotwired’ to think in certain ways and how those thought processes effect the decisions we make every day. But for today let’s just start by explaining what a Price Decoy is and take a look at some real examples.

Our human minds cannot help how we interpret data and this image is probably one of the most common used examples of this. You have probably seen it, or something similar, before…

The great thing with Price Decoys you do not need to surround the preferred product with them as you do with the circles, just one will do to steer the customer’s mind.

So let us take a look at a real life example that was carried out at MIT (Massachusetts Institute of Technology). For those who have not heard of MIT it is one of the best universities in the world for the STEM subjects. Students going there would be on a par with our Oxbridge universities so are certainly not fools.

Below is an advert for a subscription to The Economist magazine where you can see three options were offered. A digital only option, a print only option or both.

It probably would not surprise anyone that no one opted for the print only option given the print and digital option is the same price. Below, the left-hand figures show the options people chose with 84% choosing the digital and print option and 16% taking the digital only.

Now here is the interesting bit. The advert was then re-run without the print only subscription option. Remember, when it was included no none took that option. All they had done was remove an option no body wanted.

When this was done choices changed dramatically. On this occasion 68% took the digital only and 32% took the print and digital – shown in the brown section of the right.

Now let’s monetise these outcomes by making an assumption, and keeping the mathematics easy, that 100 people wanted to buy.

Strategy number one, with the DECOY print only option (that no one chose remember) generated revenue as follows…

Strategy number two, without a DECOY print only option

The strategy that included a Price Decoy generated nearly 43% more revenue. Let’s just stop and consider this. By including an option no one wanted, no one chose created almost a 43% increase in revenue by influencing the choices people did make.

Perhaps we can look at another example, albeit hypothetic.

Say you wanted to go away for a European city break and were faced with two options – Barcelona or Rome, both for three nights and both including breakfast for two people.

Both have romantic walks and fantastic architecture.

Both have great art galleries.

And super restaurants. This is not an effortless choice – You are going to have to think about it

Now let’s introduce a third option, a lesser hotel in Rome without breakfast.

Can you see how the third choice is simply there to create value for the Rome option. The 3* in Rome without breakfast priced at £595 is the price decoy.

Finally, we shall take a look at another two real examples of the Price Decoy principle.

This makes sense. You can get 50% more storage for 33% more money. A genuine choice for the consumer. However here is the advertisement as it actually appeared with MP3 Player C included just to show Player A in a favourable light. Option C is a Price Decoy whose sole purpose is to encourage everyone to spend an extra $100 on the exceptionally valued Player A.

If popcorn is your snack of choice at the cinema then ask yourself under what circumstances is the medium portion value for money? Not many I would suggest…

This site uses Akismet to reduce spam. Learn how your comment data is processed.